This month, WordPress celebrates its 16th year anniversary. Back in 2003, the world gained access to one of the top leading open-source content management systems in the world. The first version of WordPress included new templates, a new admin interface and generated XHTML 1.1 compliant templates. Here is what the post editor looked like: 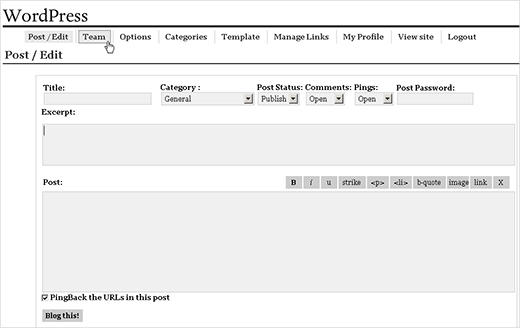 The first version of WordPress didn’t even come with a plugin architecture, that came in 2004 with version 1.2 enabling developers to extend the functionality of their own plugins to the rest of the community. The release of 1.2 skyrocketed to the blogging community being that Moveable Type (the leading blogger industry at the time) announced new licensing terms which the public frowned upon greatly.

As the year’s progress, so do all the capabilities within WordPress. Interfaces change, new admin dashboards roll out, categories and tags were added to posting capabilities, the famous “Akismet anti-spam plugin was introduced”. In 2008, the company Happy Cod joined the WordPress team in designing a new interface that had features like shortcodes, built-in plugins, one-click updates and more. In 2010, WordPress received ownership of the WordPress trademark and logo which now meant that it would no longer be dependent on other groups or companies to develop projects. This was the year that default themes became a regular option each year after.

By 2012, the theme previews, theme customizer, and new media manager were in place along with Post formats and the admin bar. The powerful eCommerce platforms were built enabling WordPress users to create online stores using WordPress. MP6 was introduced which was the new admin interface that would be responsive for better user experience on any screen or device. Following that in 2013, the next couple of years brought emoji support, improvements on localization, live widget previews.

The direction WordPress goes will always depend on its users and their needs. Here is a screenshot a sample page from the latest editor in WordPress brought to you by Houston Criminal Defense Lawyer, Paul Darrow: 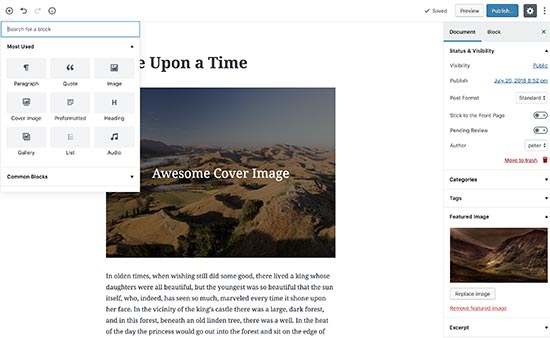